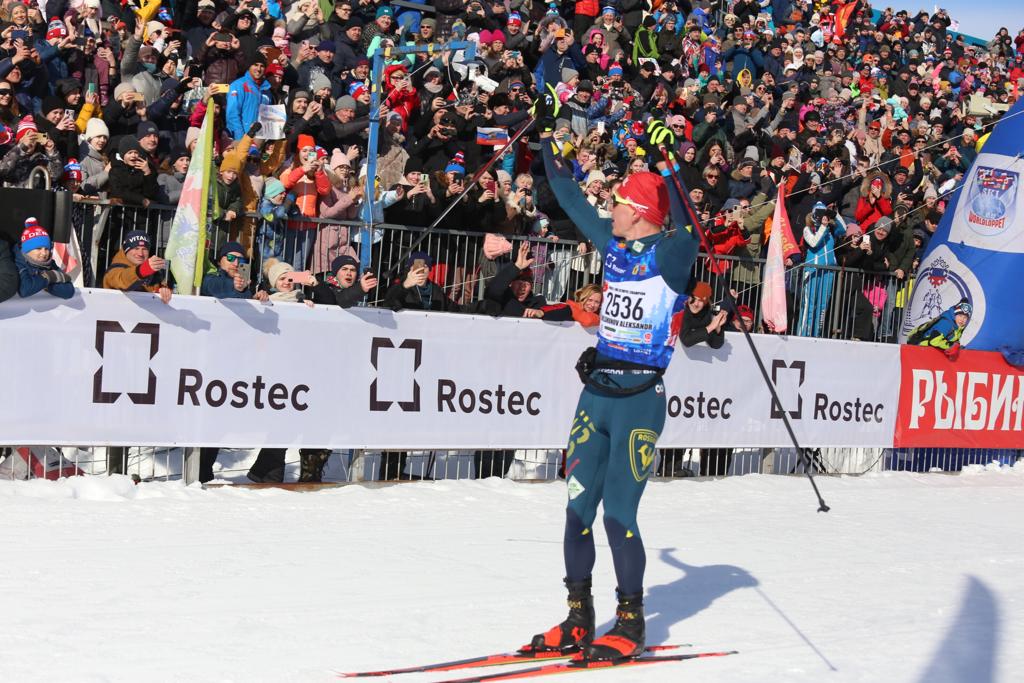 The winners of the anniversary XV International Rostec International Demino Ski Marathon -2022 have been determined. They were the champions of the Beijing Olympics - Alexander Bolshunov and Natalya Nepryaeva. At the same time, Alexander Bolshunov surpassed the previous temporary record for Demino course, set by Evgeny Dementiev in 2016. The new record is 1 hour 44 minutes 04 seconds.


From the very start, the leaders of the race were in a tight group. Nine athletes entered the second 25-kilometer lap within one minute. Closer to the finish line, the intrigue dissipated - Olympic champion Alexander Bolshunov broke away from the group. There was only one question left: would he be able to break the record of Evgeny Dementiev. To the applause of the audience, the Beijing Olympic champion crossed the finish line, reducing Demino's best marathon time by a minute.