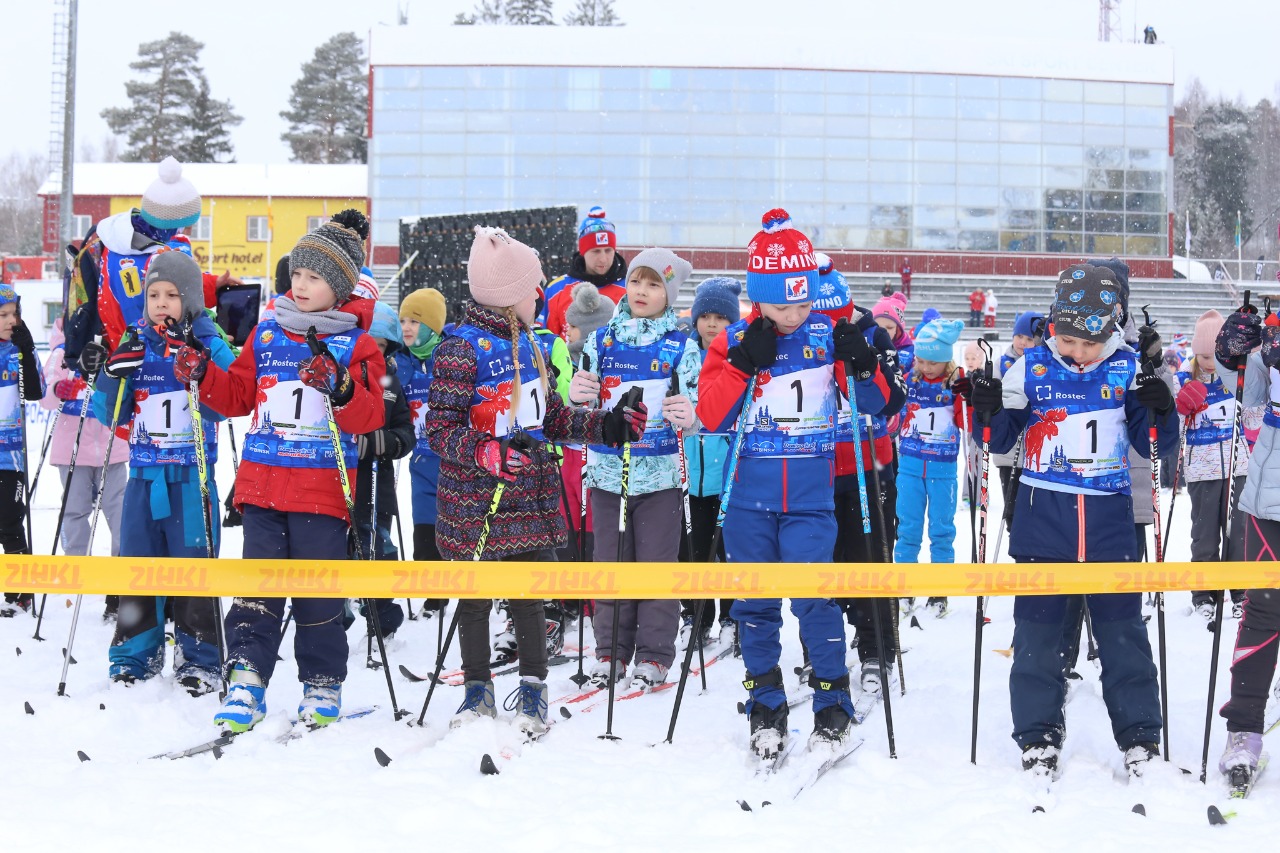 
Today's sports program includes a baby marathon for beginner skiers, 2 and 5 km races for future athletes, a ten-kilometer race, in which age restrictions were lifted for the first time this year, and a 25-kilometer silver race of the Rostec Demino Ski Marathon. During the day, about 1,500 participants will take to the Demino course - from preschoolers to pensioners.

In the year of the Rostec anniversary of the Demino Marathon, 200 beginner skiers aged 4 to 8 years old started skiing, and all the slots for this skiing discipline were reserved long before the start.

After the race, each young participant received a special gift - a soft bear in a branded Demino marathons T-shirt.


The competitive day of the classic races of the XV Rostec Demino Ski Marathon will continue with starts at distances of 2, 5, 10 and 25 kilometers. Three-time Olympic champion Alexander Bolshunov, 2010 Olympic medalist Nikolay Morilov, and multiple winner of the Demino Marathon Super Cup Maxim Cherezov will take part in the silver race.