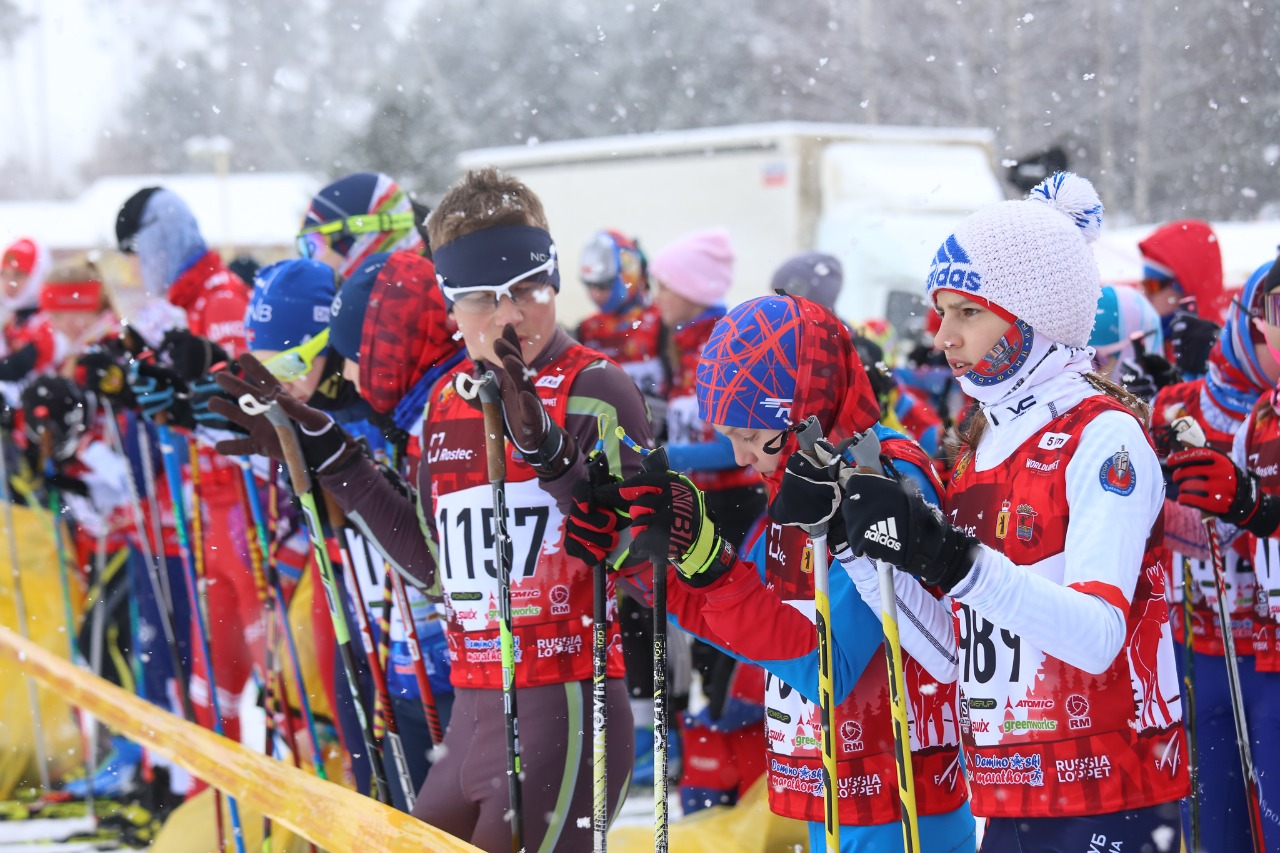 Near Rybinsk, XV Rostec Demino ski marathon ended. On the day of the marathon classic, five races were held, uniting skiing enthusiasts aged from four to eighty. In total, about 1,500 participants entered the classic track. The victorious double was performed by three-time Olympic champion Alexander Bolshunov.


The sports day was opened by the smallest skiers aged 4 to 8 years. Two hundred beginner champions came to the start of the baby marathon. Each of them courageously overcame a one-kilometer track and received a well-deserved marathon award - a finisher's medal, as well as a soft toy in the starting bib of the Demino marathon.


The next race was for older skiers, those who have grown out of the baby marathon, and due to age do not fall into the teenage five-kilometer distance. Their marathon track is two kilometers long, where the winners in the men's and women's classifications are determined. The winners were Vyacheslav Smirnov and Alagizova Miroslava.


Then the marathon baton was picked up by pupils of sports schools at a distance of five kilometers in the classics. Kirill Chikunov and Milana Kalashnikova were the first to cross the finish line.

This year, age restrictions were removed from the ten-kilometer distance. Previously, only skiers under 18 could register to participate in it. From this year, everyone is welcome. This allowed cross-country skiing enthusiasts with different levels of training to test their strength. Andrei Sakharov and Polina Tarutina had no equal in this race.


About 600 athletes and skiing enthusiasts took part in the silver race of the anniversary Rostec Demis Marathon. The race was led by Beijing Olympic champion Alexander Bolshunov and Aliya Iksanova.


At the solemn awards ceremony, the winners of all races climbed to the honorary podium. The leaders of the Demino Marathons Super Cup were also named. They were Nikita Khabarov and Rada Tarasenko.

Winners of the classic Rostec races of the Demino marathon: