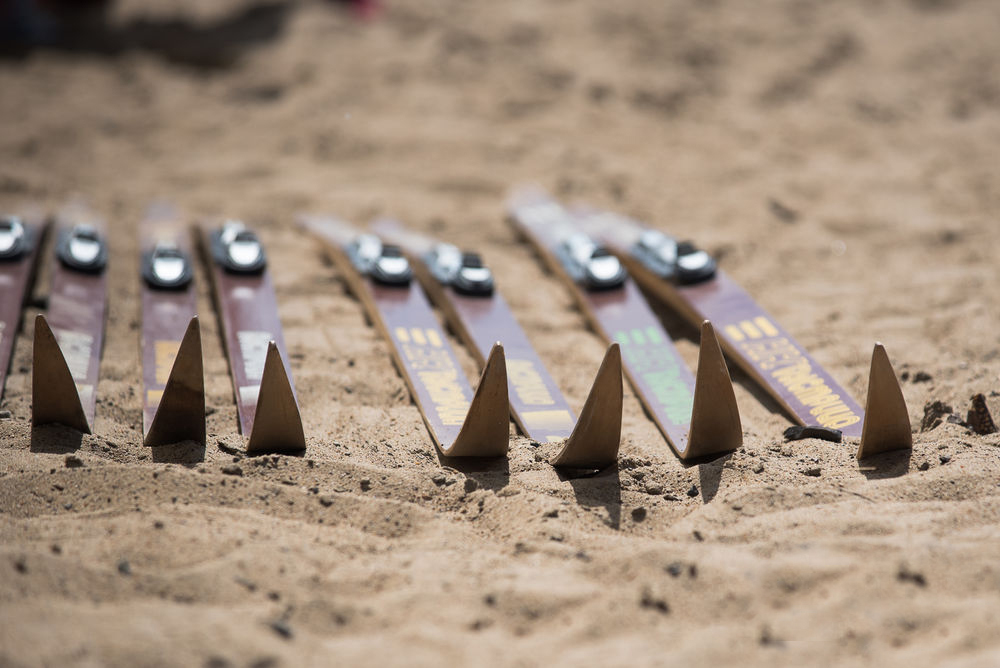 With the end of winter, when the snow slowly begins to melt and it gets warmer outside, we end the ski season. But many people don't think about taking care of their skis, sometimes leaving them in a state of disrepair after the spring snow.

If we leave dirty or untreated skis, then this entails the drying of the sliding surface under the influence of oxygen, sunlight and temperature changes.

To avoid this, before long-term storage, the sliding surface of the skis must be covered with a protective layer of lubricant. For skiers, this process is called conservation.

Clean the sliding surface first. It is best to use a fluoride ski wash for this purpose. It dissolves well the remnants of fluoride lubricants that were used to prepare skis during the season, as well as dirt and other excesses that are in the structure. Give it some time for the wash to soak in and push any excess to the surface.

Now you need to clean the remaining dirt from the surface of the ski with a steel brush. A clean sliding surface must be melted with paraffin using a special iron for preparing skis. It is necessary to set the temperature on it a little higher than the recommended one and quickly guide the iron along the sliding surface until it is completely closed.

For conservation, you can use any paraffin, as long as the sliding surface is closed from external influences. Any ski wax will work: BaseWax (or BW), ServiceWax (or SW), fluorine-free CH, fluoride LF and HF. Which one do you want or which one do you have.

Of course, you can do it without the iron on your own. According to information from lubricant manufacturers, ski preservation with liquid paraffin also works. Worse than in the usual way, since the protective layer is weaker than with welding. But it's better than nothing!

It is best to carry out all activities on machines specially made for this. They tightly hold the ski, preventing it from shifting and falling.

If there is no equipment?

Of course, you can do it yourself at home "in the old fashioned way" on two chairs or in the arms of a friend, as well as family members, which is the most homely option.

The same applies to irons. Many do not have the opportunity to buy irons specially designed for this, and at home you can use it by taking household irons, the surface of which is significantly different. If there is no choice, be sure to carefully melt the paraffin on the ski without stopping in one place. Treat the surface of the iron and remove paraffin after use.

Fasten the skis with special bundles and put them in a dry, dark room with a constant temperature. For example, a pantry or a warm garage.

At home, skis can be stored on the top shelf of the dressing room, vertically in the closet, under the bed, under the sofa. It is advisable to store your skis in a case to protect them from light and dust. It is better to slightly open the cover for air circulation.

It is convenient to store skis near the ceiling on special hook holders that are used to hang bicycles.

Definitely not on the balcony!

The most important thing when carrying out all the above works is that the room is well ventilated, it is even better to do this in a special mask that protects the respiratory system from harmful fumes.

Get your skis ready for winter!